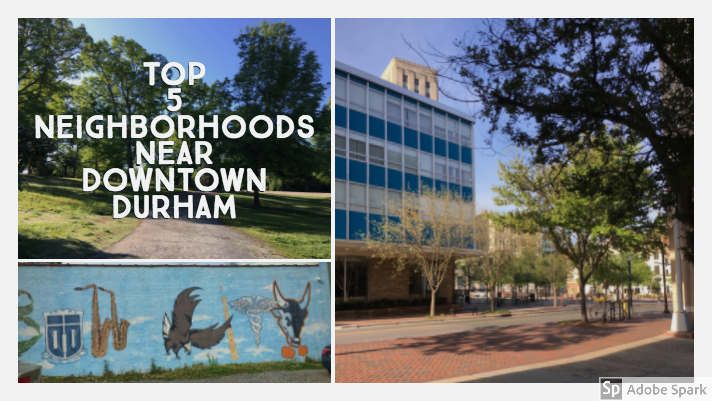 Durham was ranked as the top city in the South for Millennials in 2021 by Homebuyer.com! There are a ton of new activities and restaurants that have opened in the past 3 years including a large beer garden and arcade (Boxcar), an axe throwing spot (Urban Axes), and the new Durham Food Hall, just to name a few. With a more affordable median home value than other nearby cities such as Raleigh and Charlotte, people have been flocking to Durham and its artsy vibe.

The fastest growing area is downtown Durham’s historic district, where a majority of the new homes, condos, and apartments are being built. Our breakdown of the top 5 neighborhoods near downtown Durham will help you find the right place in the “Bull City” to call home.

The American Tobacco Campus, just adjacent to downtown, is a collection of former tobacco factories that have been reimagined as retail, restaurants, and apartments. The campus is home to the Durham Bulls Athletic Park, and the Durham Performing Arts Center, which brings touring Broadway shows and live music to Durham County and the greater Triangle area. You can also watch an independent film at the Carolina Theatre, catch live music at Motorco (both downtown), and enjoy cultural events at Duke University.

The American Underground (AU), “The Startup Hub of the South,” is also part of the American Tobacco Campus. A diverse startup scene, AU provides workspaces, resources, and a sense of community to tech startups and entrepreneurs.

Even amidst all the hustle and bustle of downtown, with its range of entertainment and dining amenities within walking distance, there are outdoor oases like the 55-acre Sarah P. Duke Gardens and hiking trails in the Eno River State Park.

While we love all the neighborhoods near downtown, we’ve narrowed down the choices to the top five! Read below to learn more about each Durham neighborhood and follow the links to explore homes for sale! 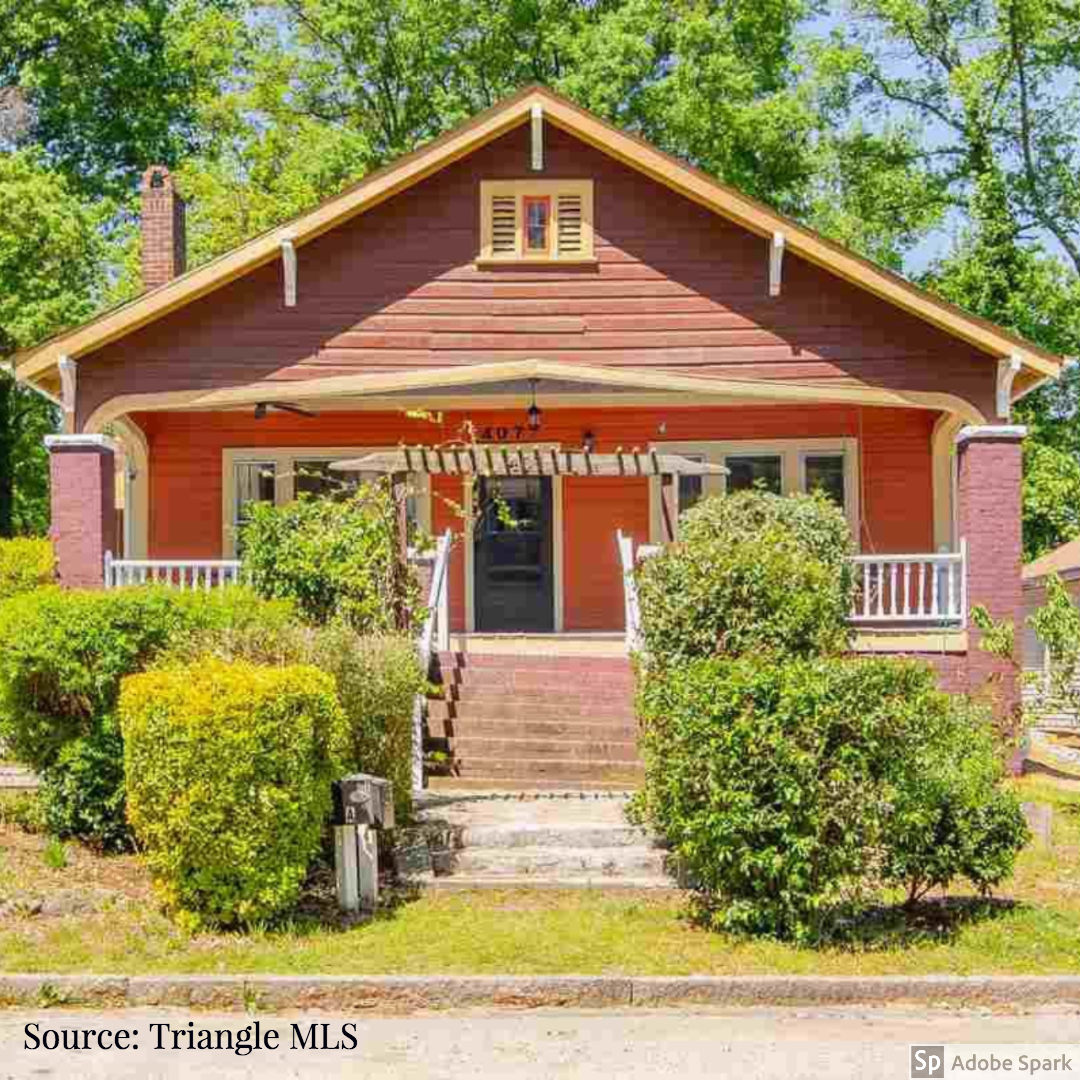 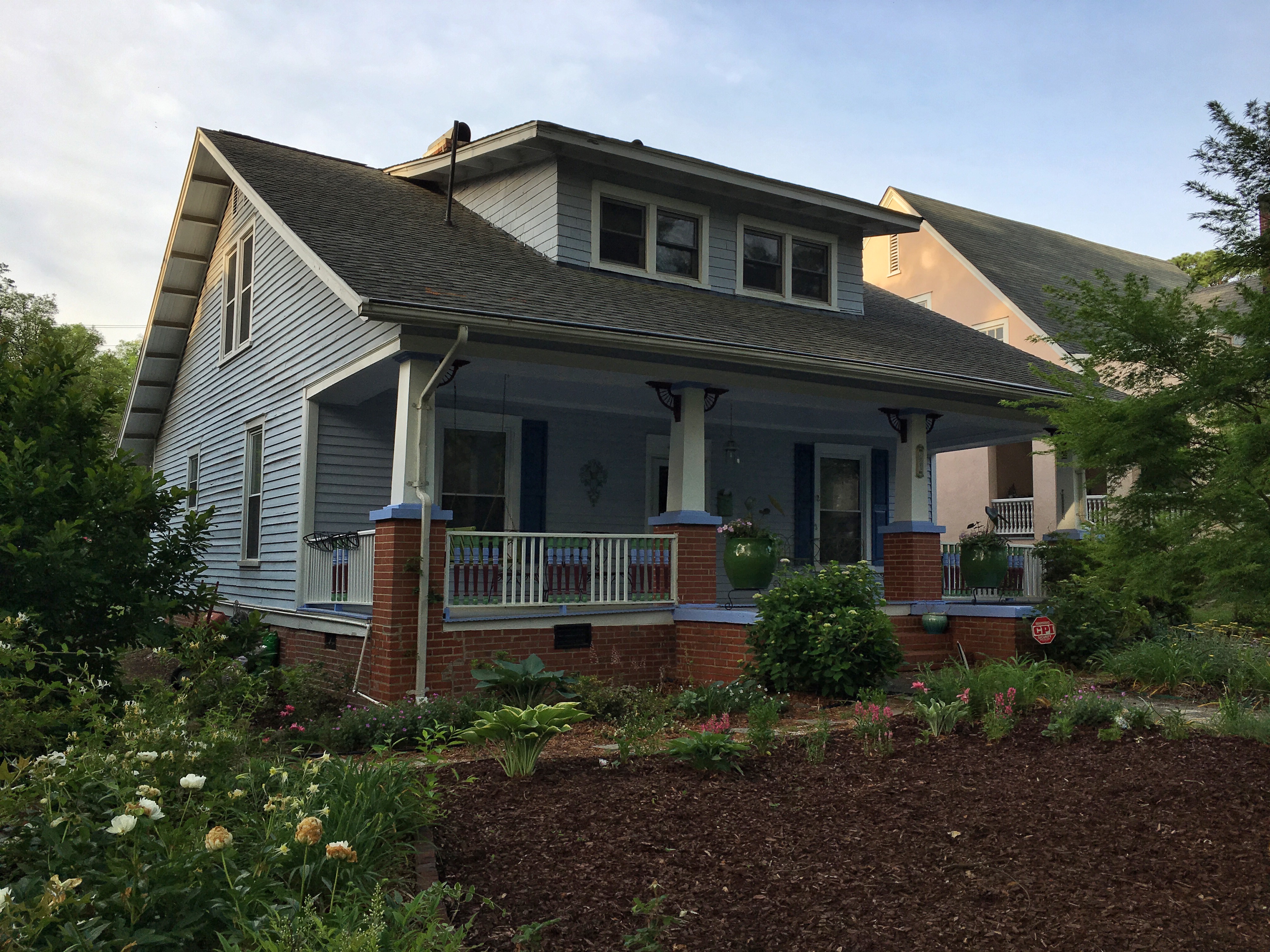 Trinity Park features a variety of homes, from large, traditionally styled homes to smaller bungalows. Most lots are around .2 acres. Homes are priced from the $400,000s to over $1 million.

Located south of downtown Durham, Lakewood is an awesome area that is quickly becoming a destination in its own right. In just the last few years, new restaurants, cafes, and more have opened in Lakewood, including: 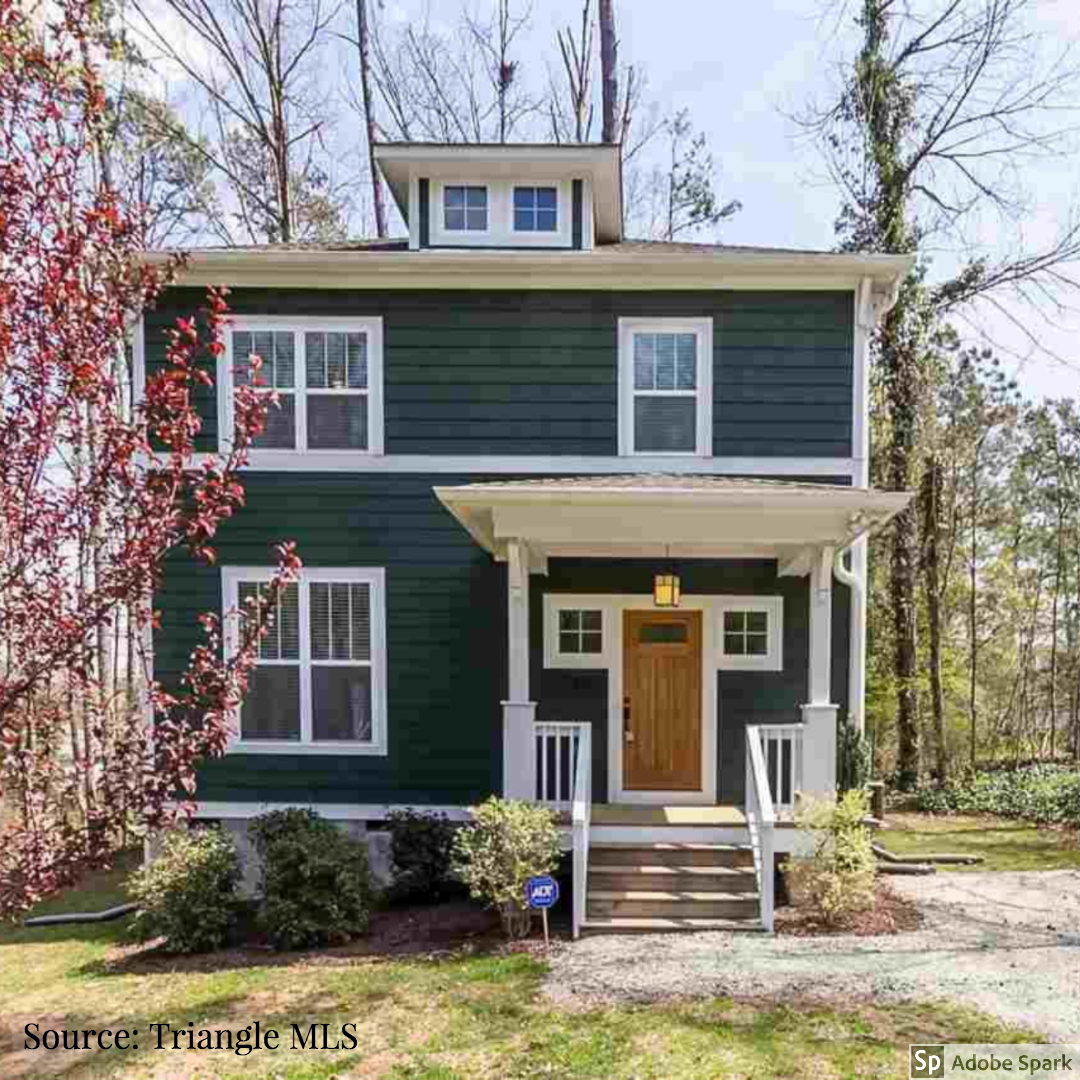 Another one of Durham’s oldest neighborhoods, Old West Durham is located west of downtown and borders Ninth Street, a popular area between Duke’s East and West Campuses with tons of restaurants, shopping, and more. Ninth Street is home to some of the best food options in Durham, including Zenfish, Monuts, Happy + Hale, and Burger Bach (a New Zealand-inspired gastropub). Durham’s only Whole Foods is located just off Ninth Street. 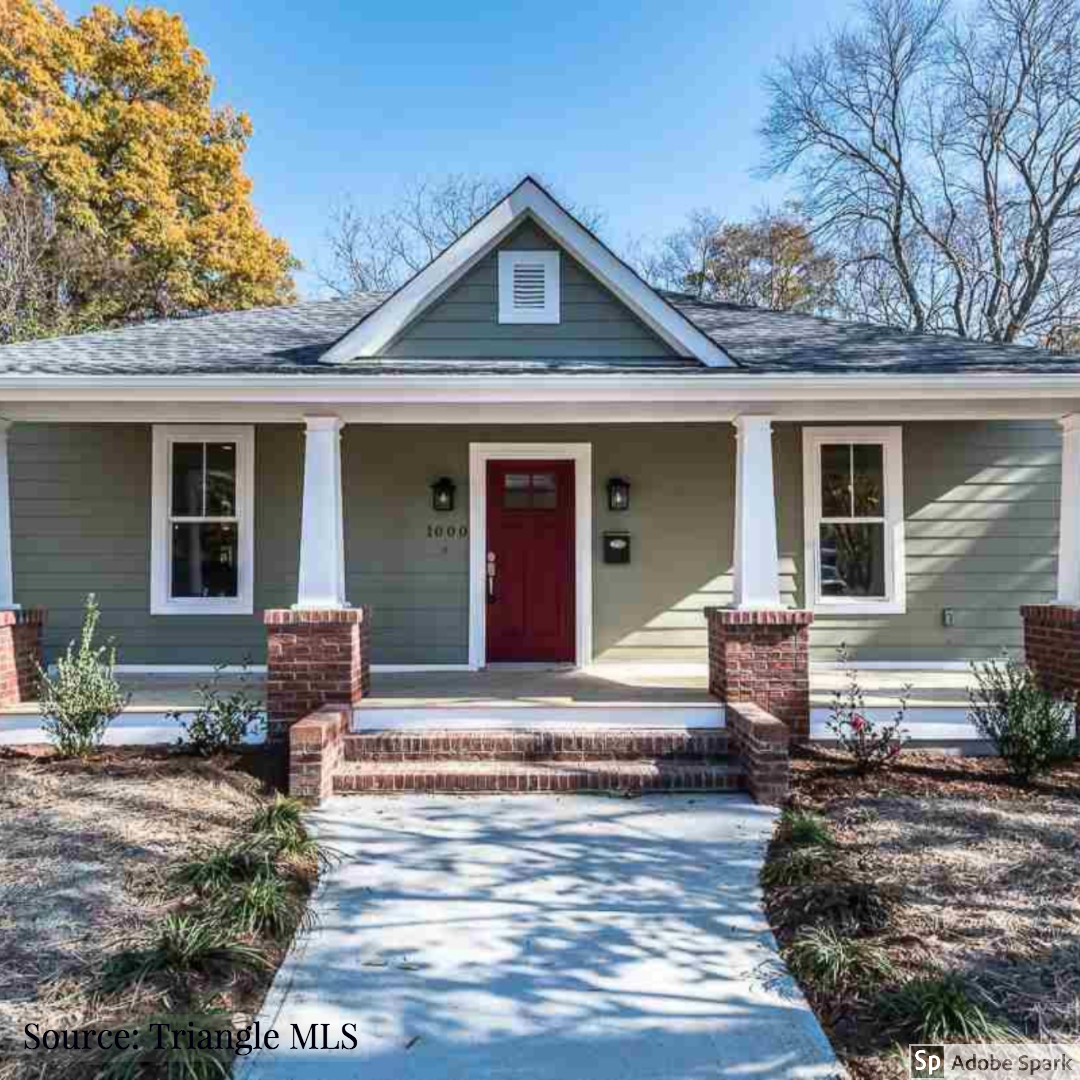 5. Duke Park: Retreat in the City

Duke Park, located north of downtown, is a beautiful, peaceful neighborhood developed in the 1920s. As the neighborhood continued to develop through the 1950s, Duke Park is unique for its many modernist and contemporary homes built around that time. Duke Park is home to a beautiful 17-acre park with greenway access, playgrounds, and more. While Duke Park is not as walkable to restaurants and shops as the other neighborhoods on the list, the green space and unique homes more than make up for it 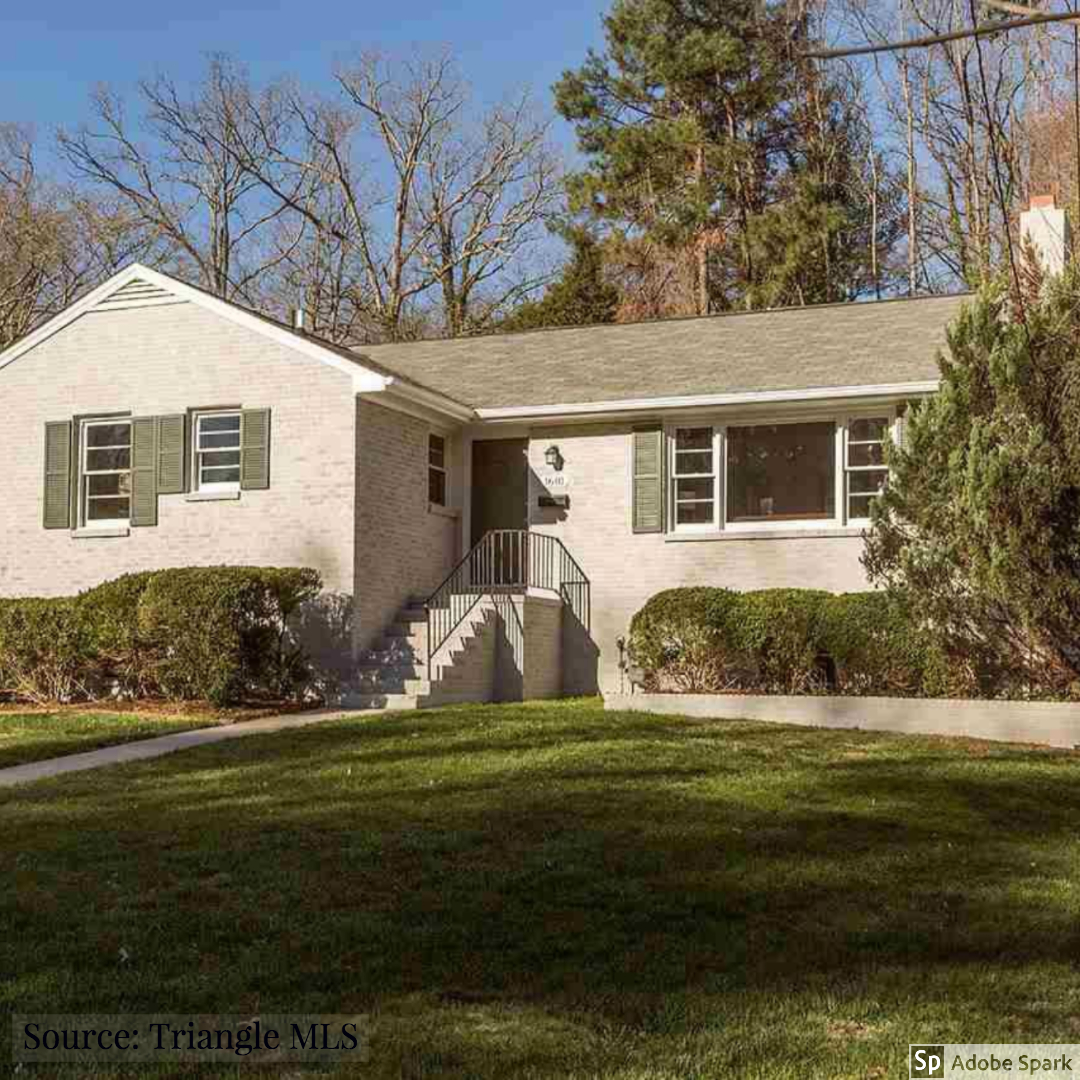 Homes in Duke Park are priced from the $300,000s to $800,000s. The older homes built in the 1920s and 30s are generally smaller and situated on smaller lots around .2 acres. Homes built in the mid-twentieth century are usually situated on larger lots, around .5 acres, and many have basements.

These are our top 5 neighborhoods near downtown Durham - what’s yours? Comment below to let us know! If you're interested in moving to one of these awesome neighborhoods or any part of the Durham area, contact us today and we would be happy to work with you as your realtor. Also, if you are just browsing our North Carolina listings, you can use our advanced search or our map search to help you find your next home.