It’s probably true that real estate agents, like parents, shouldn’t have favorites, but well, sometimes certain areas stand out above the others!

Raleigh is one of the fastest-growing cities in the country. Tucked away in this historic capital city of North Carolina are seven neighborhoods that offer charm, character, and surprising rural touches, yet are close to big-city amenities for dining, entertainment, and the great outdoors. Here's my personal glimpse into what makes each of these areas special.

Cameron Park was established over 100 years ago as a more upscale neighborhood and has as rich a history as the state capital. It’s situated just slightly over a mile west of Raleigh and was one of Raleigh’s first suburbs. In the early days, commuters rode the trolley down Hillsborough Street to work and to shop.

Great shopping is still available, along with great schools and parks! This sliver of a neighborhood is bounded by the Village District (formerly Cameron Village), Glenwood South, and Hillsborough Street, so you’re just minutes from downtown. You’ll find a variety of architectural styles, so whether you’re looking for a bungalow, Tudor, Queen Anne, or something else altogether, you’ll likely find it in Cameron Park.

Why I love it: Cameron Park is just so charming. This is a lovely older neighborhood with parks featuring beautiful mature hardwood trees. Explore the historic service alleyways behind the large homes that are signature to this location. 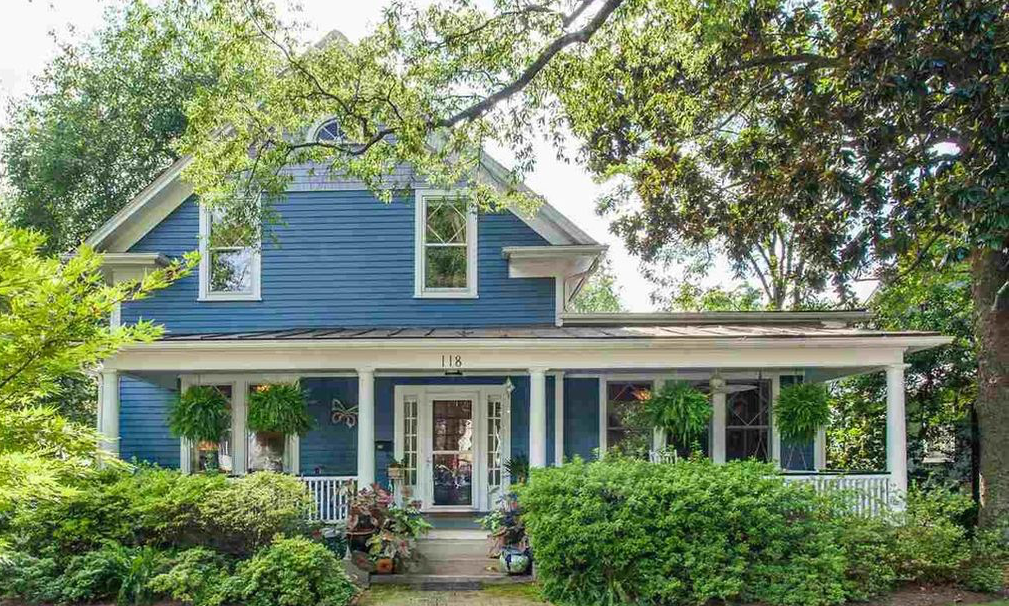 But if you think historic means boring, think again! It may seem like your typical quiet suburb with tree-lined streets and few commercial ventures, but Boylan Heights hosts a close-knit community that loves to party.

Most houses are bungalows, but you will find other styles like Queen Anne and Colonial Revival. The houses in Boylan Heights vary in size, with the largest homes located on Boylan Avenue. Home prices range from $300,000–$600,000.

A short walk to downtown Raleigh’s Warehouse District brings you to two great Raleigh BBQ favorite restaurants The Pit and Sam Jones BBQ. One of Raleigh’s new downtown food halls, Morgan Street Food Hall, is in the Warehouse District as is the Videri Chocolate Factory, an artisan chocolate shop.

Living in Boylan Heights means that no matter your definition of fun—hiking the nearby trails and greenways, catching one of the many exciting acts coming through town, enjoying a night out with friends, or even engaging in some much needed retail therapy—you're never far from the action!

Why I love it: Boylan Heights has a huge Art Walk in the fall. Hundreds of vendors are welcome to set up on the front lawns of neighborhood homes. It’s a great opportunity to get unique holiday gifts and it’s just tons of fun. 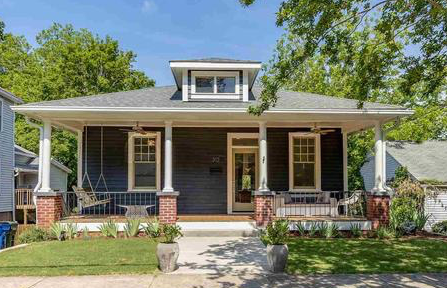 Oakwood is another classic historic neighborhood in Raleigh, right next to downtown. This neighborhood is known for its classic and well-preserved architecture from the late 19th and early 20th centuries. It is an expensive neighborhood due to its history and the close proximity to downtown; average prices start right around $500,000.

Along with the classic houses comes well-maintained and curated gardens. The Oakwood Garden Club offers an Annual Garden Tour each spring, a walk through some of the beautiful gardens in the neighborhood. Historically, this tour has featured a sit-down formal tea which will hopefully come back post-pandemic.

Why I love it: Oakwood has an incredibly popular home tour every year. It’s your chance to step inside some of the oldest homes in the Triangle. A must-do if you love the Victorian style! In October, you might want to brave the Halloween House and take a peek at the frightfully fun decorations. 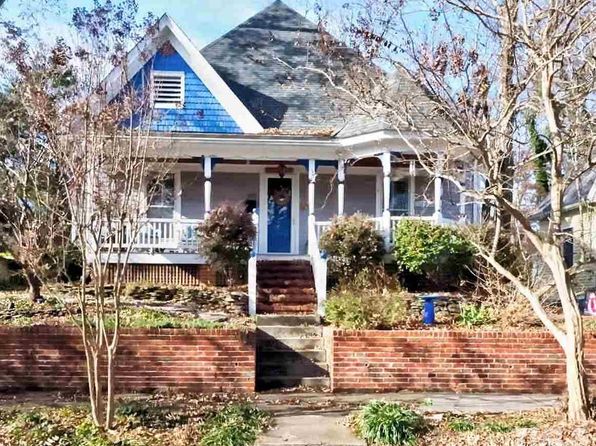 Just north of Oakwood is Mordecai, Raleigh’s oldest neighborhood, and the Oak City’s founding neighborhood. Centrally located is the Mordecai Historic Park, a series of historic structures including Mordecai House, the oldest house in Raleigh in its original location. Also on the site is the cabin where President Andrew Johnson was born.

The Mordecai neighborhood has a secluded feel, with quiet roads and plentiful trees. But it's also a neighborhood under redevelopment and continues to be a sought-after area of Raleigh due to its close proximity to downtown.

The Mordecai Historic District features homes of Colonial, Georgian, and Victorian style. The East Mordecai neighborhood is made up of single-family homes, apartments, and townhouses. While most homes in East Mordecai were built between 1930 and 1955, there has been some new construction in the area.

Home styles include Craftsman bungalows, Cottages, and Kit Homes, many of which have been lovingly maintained, cared for, and improved throughout the years. There are even a few newly constructed homes and condos available. Prices begin in the $300,000s.

Also in the heart of Mordecai is Raleigh City Farm, a non-profit urban farm, which has a weekly Farmstand from April to October where neighbors can purchase produce.

Why I love it: Although much of the neighborhood looks like a quaint area of traditionally-styled homes, many of the interiors have been updated with all the modern features and amenities. And just north of Mordecai is the original location of one of the area’s favorite hot dog joints, Snoopy’s! 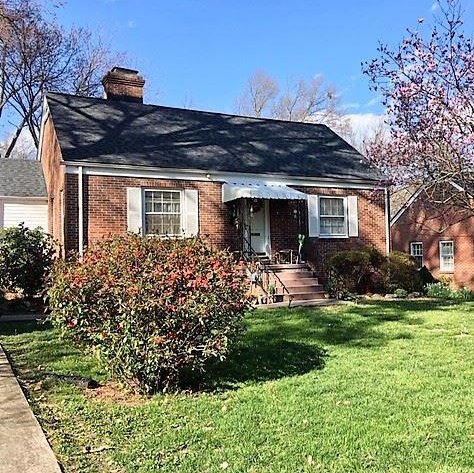 Technically, Five Points is several neighborhoods. These neighborhoods vary in home styles and sizes, but their five streets meet in the middle to create a unique community. Five Points is a fantastic area that was developed in the 1910s–1920s, located to the northwest of central Raleigh. Depending on the neighborhood, home prices range from the $200,000s to the $900,000s.

And don’t forget to check out The Rialto Theatre. It’s the oldest theater in Raleigh and has been in continuous operation since 1942. Pre-pandemic, it showed “The Rocky Horror Picture Show” at midnight each Friday.

Why I love it: Five Points is just a touch removed from downtown—just barely! You’ll love the great local restaurants and Raleigh’s oldest independent movie theater. Also on the “don’t miss” list is  Nofo @ The Pig, a quirky combination of Southern cafe, gourmet market, and gift shop. 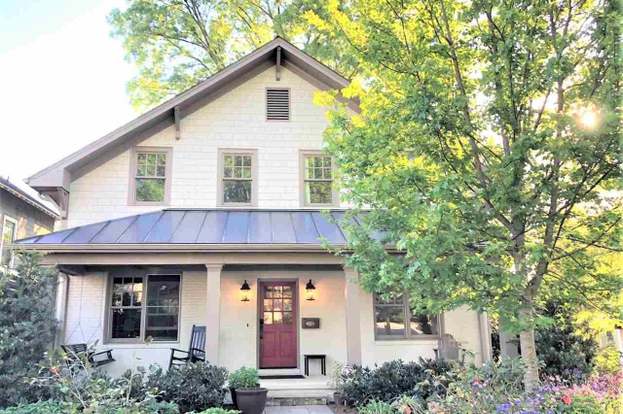 One of Raleigh’s most prestigious neighborhoods, Hayes Barton is a beautiful example of what the Five Points area offers. It was developed in the 1920s by Earle Sumner Draper, a landscape architect who planned over one hundred suburbs in the South.

Home styles in this area include Georgian, Colonial, Tudor, Craftsman, and bungalow. Hayes Barton home prices range from $300,000–$3,500,000. While it’s true that Hayes Barton has some of the most expensive homes in the Raleigh area, there are also modern single-family homes and bungalows with much lower price tags.

In addition to the great restaurants at the Five Points intersection, the western edge of Hayes Barton has a cozy commercial corner featuring a dry cleaner, a Howie’s Pizza, an upscale Chinese restaurant, Red Dragon, and fine dining at Mandolin.

Why I love it: Wide streets, beautifully landscaped yards, Hayes Barton is really a feast for the eyes. If you want to own a piece of Raleigh history in a truly grand property, Hayes Barton is your neighborhood.

This area has a rich and vibrant history that includes the subdivision of Oberlin, built by former slaves and free black Americans at the end of the Civil War. Two of the original homes from that era still remain and have been restored to become headquarters for Preservation North Carolina.

Located ITB (Inside the Beltline), University Park is a very desirable neighborhood and home prices reflect that with a range from the $300,000s to the $800,000s. Common styles found in University Park are ranch, bungalow, and traditional. Fun fact: There are six Sears kit homes in University Park.

Hillsborough Street has some fun places to eat: Cup A Joe, David’s Dumpling & Noodle Bar, Gonza Tacos y Tequila,  and Kabob and Curry, and that’s beyond the requisite college staples of pizza, beer, and quick sandwiches. Parking can be a problem but much of Hillsborough Street is walkable from many University Park addresses.

The University Park neighborhood association is one of the oldest in Raleigh and the community enjoys celebrating together with yearly events centered around Easter, Independence Day, and Halloween.

Why I love it: I used to live here! This is a great neighborhood near downtown and North Carolina State University. You’re right next to Village District shopping. I love that there are lots of hills and beautiful trees. You don’t want to miss Raleigh Little Theatre’s Rose Garden and a show at the outdoor Stephenson Amphitheater. 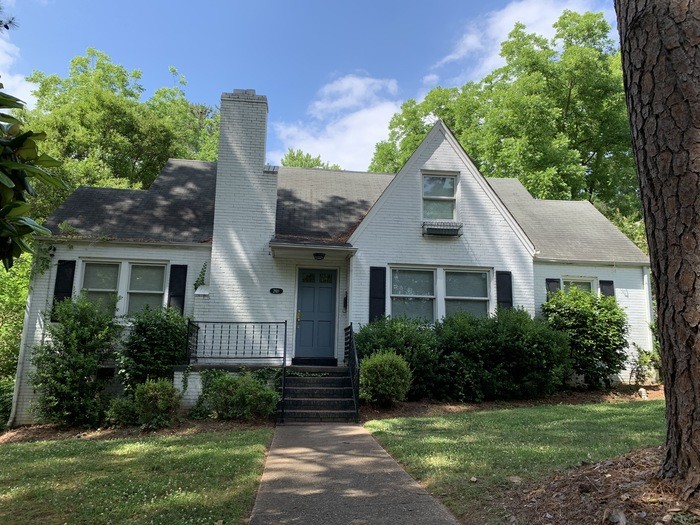 While these are my top 7 downtown neighborhoods, there are many other Raleigh neighborhoods that may be a better fit for you. Use our advanced search or map search to find your dream home, or contact us for a consultation.