Spanish Style Homes for Sale in Raleigh and Durham

It’s true that Spanish-style homes are probably not the first thing to come to mind when you think of architectural styles common to the Triangle. Spanish architecture is most often found in parts of the country that were either controlled by Spain or heavily influenced by settlers - Florida, Arizona, California, for example.

However, if you also consider that Spanish-style homes lend themselves to sunny locations, then you can see how they can also sit very nicely in North Carolina with an above-average number of sunny days.

Before World War I, Spanish style homes were mostly incorporated into the Mission style that was so popular at the time. In 1915, the Panama-California Exposition in San Diego led to the style becoming nationally known and more popular with architects during the 1920s and 30s. Elements of this style were brought into small bungalows as well as mansions in California.

The best-known locations of historic Spanish architecture in North Carolina come from Spanish immigrants, such as Rafael Gustavino, who designed Asheville’s St. Lawrence Basilica. Asheville is also home to the well-known Chiles House, a two-story Spanish villa in the Kenilworth neighborhood.

These days, Spanish Revival (or Spanish Eclectic) are found in ones or twos in older neighborhoods, where they add a bit of Mediterranean flair to the usual mix of bungalows, modern style, and traditional designs.

In Raleigh, the Bloomsbury Historic District, which contains a diverse number of architectural styles in both small bungalows and larger houses, includes Spanish Colonial Revival homes. There are also Spanish Colonial homes in the Five Points neighborhood near downtown and on Ridge Road. These areas all have some of Raleigh’s more expensive homes, so available Spanish-style houses are likely to start at around $1 million in these neighborhoods.

Durham has a small collection of Spanish Eclectic houses, including the Smith House in Hope Valley, the Lloyd Brown House, and the c. 1930 Salwilowsky House.

If you’re searching online, you might also look for Mediterranean-style homes or Tuscan-style homes as there are certainly overlaps in the overall aesthetic and each will share some features of Spanish architecture. 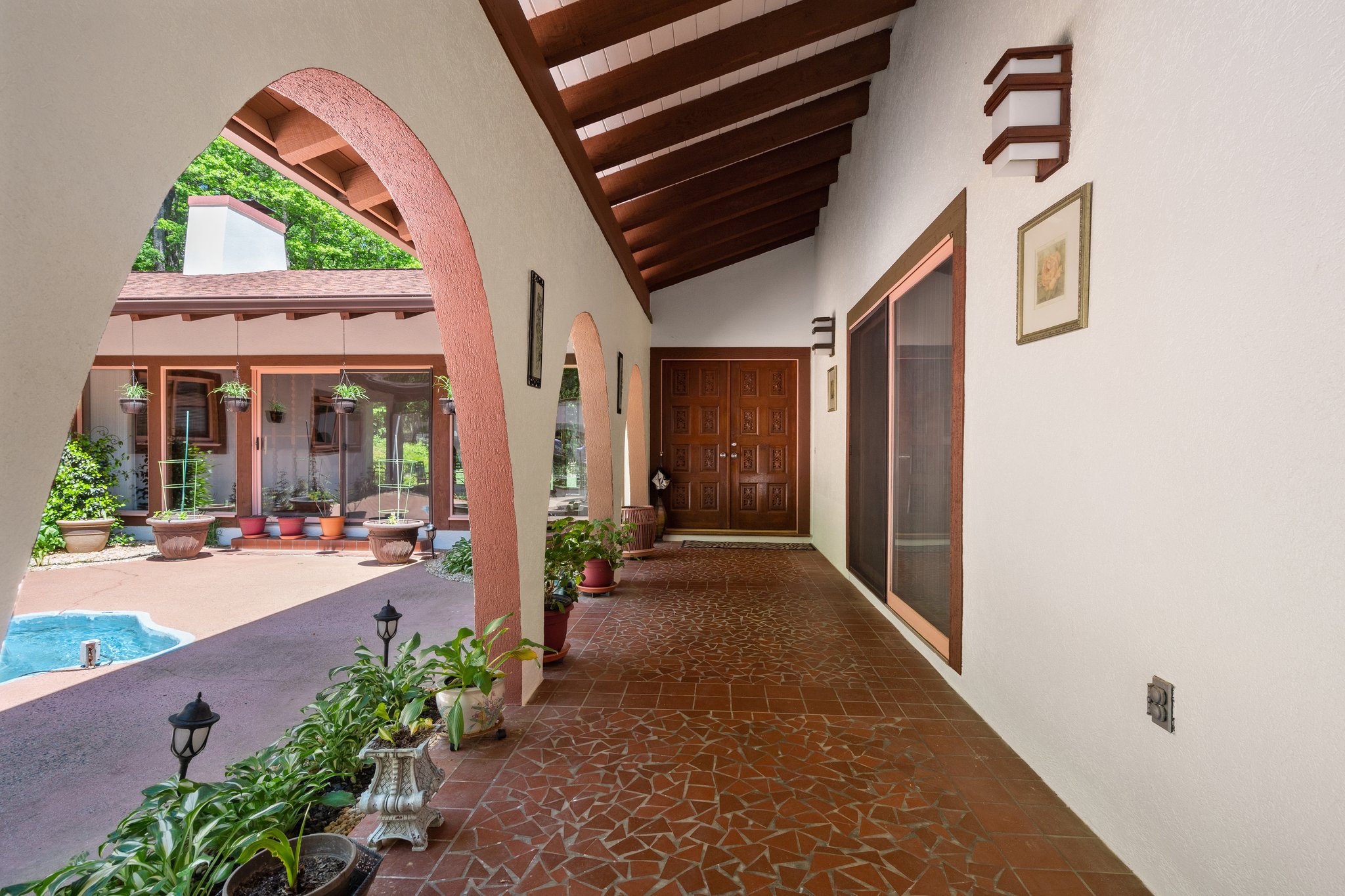 In newer communities, Durham’s Maida Vale is a luxury home development of Mediterranean-style homes with square footage from 3k to 4.5k and pricing from $1 million to over 4 million. The homes in this community feature courtyards, pools, fireplace settings, and even formal Italian gardens.

Within an exclusive gated community, this new home was designed to calm the senses & restore tranquility. Developer hand selects and imports finishes from overseas. House...

A rare opportunity to join Raleigh's only gated community currently under construction. This home has not been built yet; take this chance to design your dream home on ov...

Looking for a Specific Design?

Foreclosures in the Triangle